Zanaga Iron Ore Company Limited (ZIOC) is an iron ore exploration and development company, incorporated in the British Virgin Islands. The Company listed on AIM in November 2010 and trades under the symbol “ZIOC”.

The Company’s flagship asset is its 100% owned Zanaga Iron Ore Project located in the Republic of Congo, also commonly known as Congo-Brazzaville.

The Zanaga Project has been designed to be advanced on a staged development basis. This results in reduced capital costs, lower execution risk, and maximised capital returns for the Project.

The Stage One development consists of a 12Mtpa operation, with Stage Two expanding the operation by a further 18Mtpa to produce a total 30Mtpa of high quality iron ore product over a 30 year mine life. Transportation to port will be via slurry pipeline in both stages, which facilitates the low cost delivery solution.

The Project enjoys the benefit of having already secured its Mining Licence, Environmental Permit and Mining Convention from the Government of Republic of Congo. 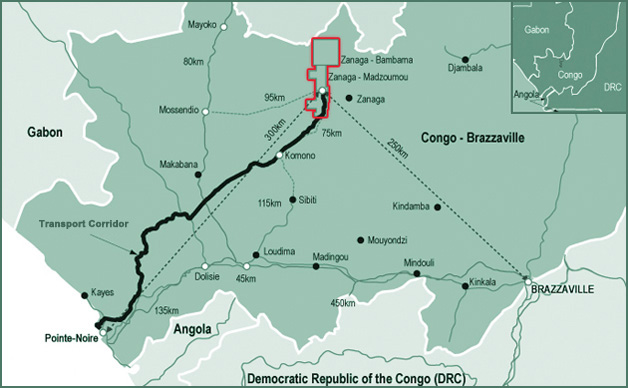